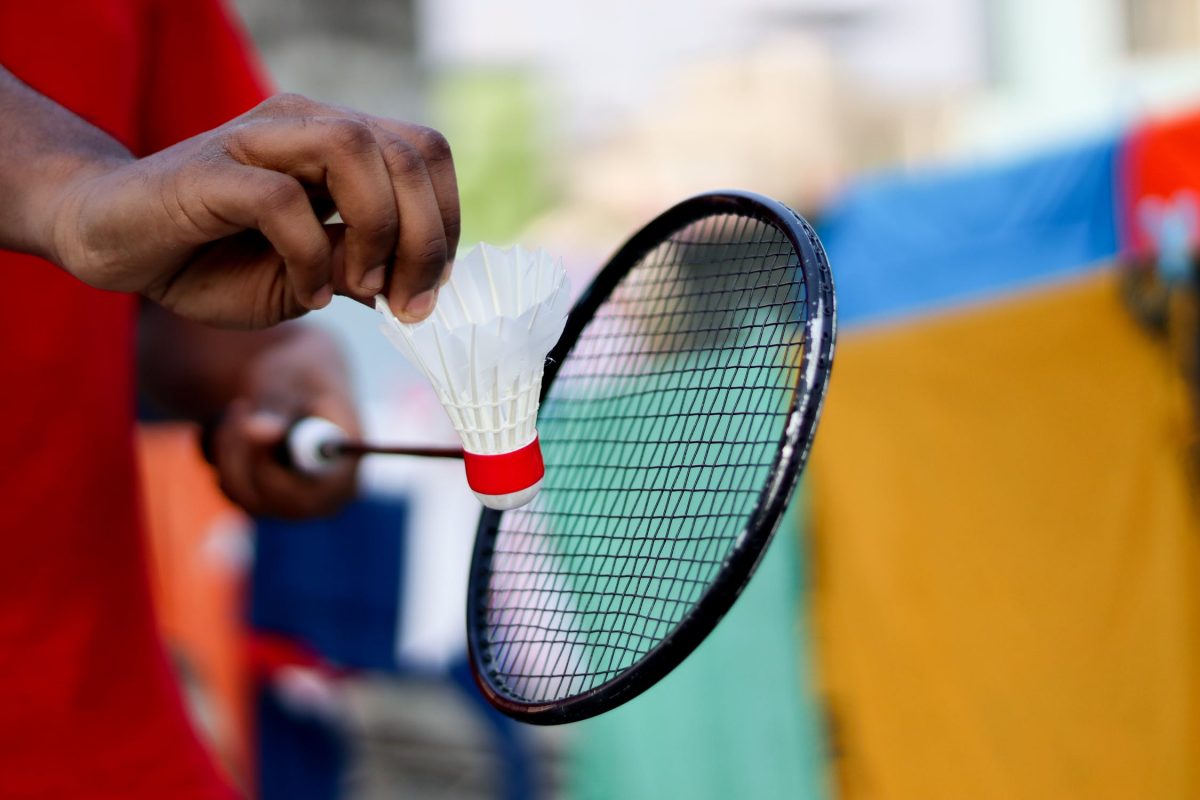 Badminton is a racket sport played by either two opposing players (singles) or two opposing pairs (doubles), who take positions on opposite halves of a rectangular court that is divided by a net. Players score points by striking a shuttlecock with their racket so that it passes over the net and lands in their opponents' half of the court.